Sometimes on this archive there are mistakes made in dates and attribution that look like dumb errors. Then there are bits that get filled in, confirmed and can be (and are) corrected. Trying to pull in old websites is hard, but recent ones shouldn’t be. 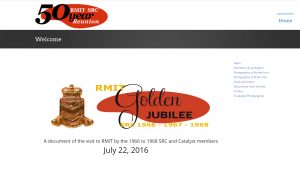 This is one of those that is still active on my server. In 2016, a group of the original 1966 RMIT SRC (Royal Melbourne Institute of Technology Student’s Representative Council) were invited back for a 50 years Anniversary. I said “yes, and I’ll take some video”. Ian Hill said he’d make a spreadsheet of names and what we’re doing, add images and circulate in email. Being a smartarse I said ‘That’s not how it’s done anymore Ian. Sounds like we need a website’ and offered up this one, src50reunion.com. If I was really smart I would have suggested a Facebook group, and there might have been some ongoing interaction and a few less blank pages. Now, it’s just my ‘documenting’ at the time. I was lazy and just used their graphics for the site and kept it simple.

If I am really honest, I’d admit that it was a depressing experience to go back 50 years, and just a handful of the people there seemed ‘alive’. Frail, sick, wives that were ill and needing care so they were unable to come, it was a step backwards that only had the positive result of some archive documents filling in bits of my memories with hard dates. I never finished the video with speeches and the ceremony (I was recording sound on the Zoom recorder and there’s an edit file with multiple sound and image tracks to make sense of) I was hoping the RUSU AV group would accept the files and magically produce a finished result. Like the elves overnight.
I did finish this short film below. We split into two groups for an Alumni tour, mine did go back through the old Photography School (where my daughter Aurore also studied). 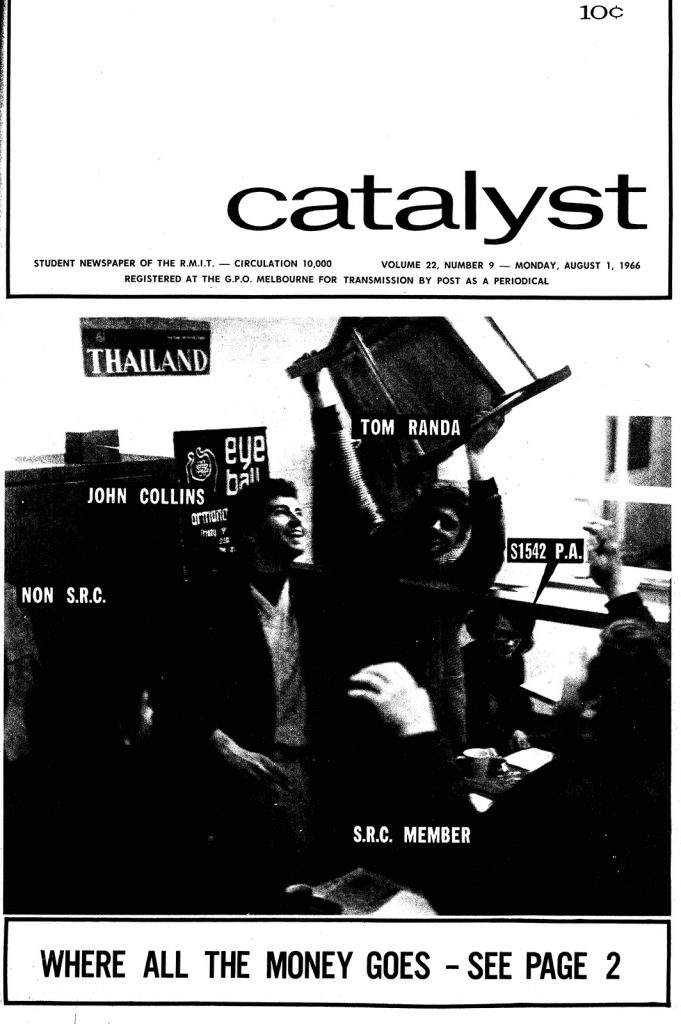 Robin Hunt did some scans from 1966-1967 Catalyst magazines bound volume, so they’re sometimes skewed and all are in a black and white as a contrasty PDF (at left).  Here’s an excerpt from the letter he sent to Ian Hill describing contents.

I have only selected papers that relate to student leaders (SRC, sports, Catalyst, opinion… )
I have NOT copied articles on political matters, land rights, the Vietnam War, film reviews, diatribes, raves, Papua New Guinea, Rhodesia and all the other 1960’s issues we found time to be involved with.

I think I will donate my two bound volumes of these rags to RMIT University when we  visit it.”

I understand Robin’s focus but it is a pity we have no other copies because it was the ‘political matters, land rights, Vietnam War, film reviews, diatribes and raves’ that because of our student involvement, I believe kept us from being ‘oldies’ and going for so long.

As an example here’s another story that Catalyst ‘broke’ in the years of Henry Bolte and capital punishment, and my photographs that accompanied it. And there’s a picture I took of Harold Holt who drowned before this sculpture was cast. He was happy to have someone to talk to as he ‘sat’. I told him I was a country boy and what I was going to do when I grew up and he sounded genuinely interested. Did the editor flip the image Left to Right, or did I? 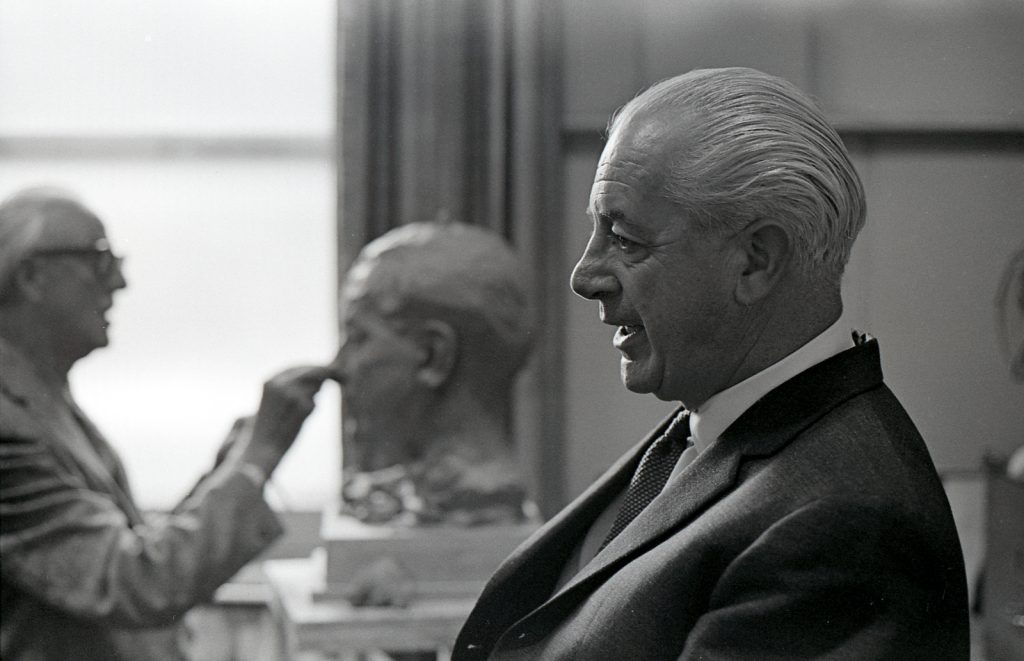