Mike Kuchar
A visit by a Kuchar Brother

Until I find the small poster we used for the Mike and George Kuchar film screenings, ( I gave ACMI a copy) I don’t have the accurate 1972 date for this.

It was one of the Sydney Film Coop screenings, organised by Albie Thoms and I think they paid for an airfare and we shared some costs for George (and Mike?) to come to Australia  and speak at the screenings. Mike came alone, and he stayed at, then manager of the Melbourne Co-op John Matthews, shared house in South Yarra.

There were only a couple of screenings of the hour (or so?) long program of their films, one at Spring Street and another at Melbourne Uni (I think). We introduced him to a few of our filmmaker friends – the Super 8 movie below shows a night at Michael Lee (and Magda’s) house. 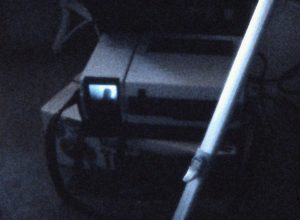 At the time I had an AKAI 1/4 inch portapak and we made a taped interview with Mike sitting in the kitchen of the South Yarra house, over toast and jam. I still have the tape reel if it can be transferred.

I can’t make out a microphone on the table here, so it may have been just the on-camera mic, so who knows what the sound would be like. But I did a few of these ‘conversations’ and remember the sound in a quiet environment being good.  But Kuchar’s voice was quiet, a gentle man. I can’t remember where these tapes were shown, maybe once at the Cantrill’s Maze screenings.

They often seemed part of performance pieces, we had a couple of large monitors that I used to lug around. The videotapes were really just another way of archiving our ‘film’ lives. 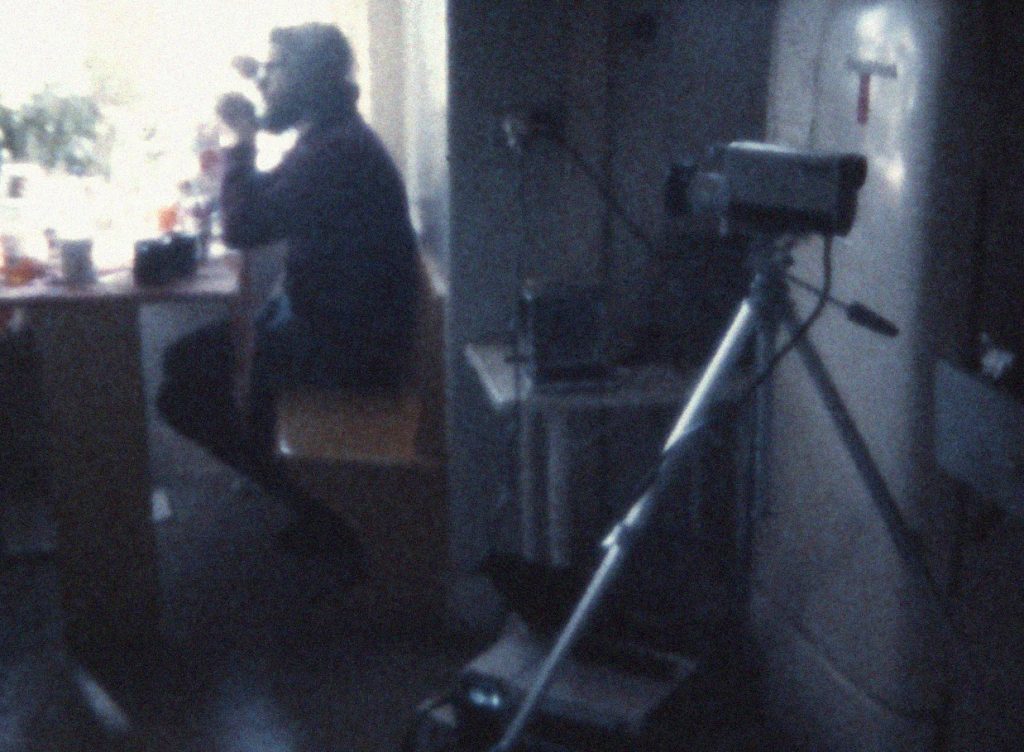 John must have taken Mike out of town, as there is a sequence where Mike was editing a 16mm film of John playing one of his didgeridoos, intercut with flashing sunlight through a windmill vanes. The flat rocky landscape suggested it was near Woodstock (that I wrote about here) So maybe Kuchar stayed overnight there. I may have even loaned them my car as I sometimes did.

At the end of the film there’s some images of Mike using the editing room we had at the Spring Street Coop.  It was fairly basic, some rewinds, a small 16mm viewer, a  4 gang-synchroniser, tape splicers,  some Super 8 splicers and benches and a trim bin. The images at the end of the film, were from the screen of the 16mm viewer as I advanced it with one hand and filmed with the Beaulieu in the other. Again it’s one of the lowres scans from the Reflecta+ so watch it small in HD. 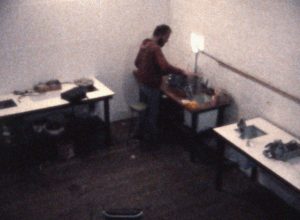 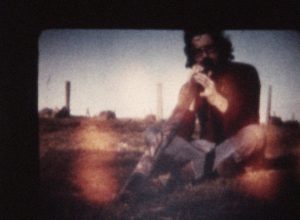 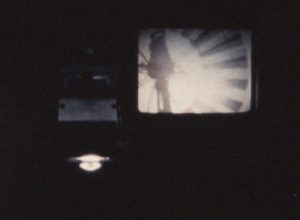 This is a good introduction to the Kuchar’s films and helps explain the low-fi attraction. The robot being ‘born’ from between the woman’s legs in Sins of the Fleshapoids remains a moment that has lingered.