From Another Country Diary on 10 June ’02 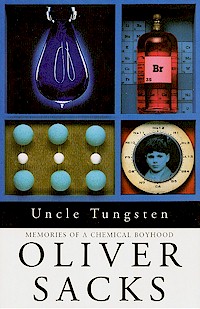 I finished reading Oliver Sack’s story of his ‘chemical’ boyhood some time ago, but have taken a while to write this. The immediate response to the book (as it was for my English mate Norman Withers) was ‘Yes! I felt just like that as a boy’. ‘Yes! That was me and my chemistry set’. (For Norman growing up in London it was a few more ‘yesses’ – ‘Yes! I went to that museum… I loved that Periodic Table display… I bought my chemicals at that store.’)

So I’ve been thinking a lot about what Sacks identified as his dramatic adolescent ‘life changes’ and I’ve been considering that almost certainly what he went through was a wider experience tied to that time and into the early sixties. It certainly echoes my own and I presume many others of our baby boomer age. His description of physical abuse at private school during the war and his withdrawal into another world that was pure and rational as compensation, are all his own of course (lucky me). It’s easy now to see how it shaped what his future interests would be, and as readers of his books, we can only be grateful for that time of transformation in his life and how it has given us his writing today.

If you’re a Sacks fan, this book does tell you about his childhood but it’s really about the history of chemistry and in particular the development of atomic theory. Don’t attempt it unless you have better than a passing interest in those topics. He cleverly uses some personal experiences and the influence of his amazing uncles as a literary device to provide us with a lot of later research and history in a subject that still attracts him.

What I hadn’t expected was that reading the book would bring back a lot of my own experiences with childhood chemistry sets and the obligatory explosions and smells. What it also made me realise was that the emphasis on ‘safe’ experiments in schools has robbed students of any of the excitement of learning about the subject of chemistry that I experienced. Watching how changes of state happen in a test tube, noting the colours in violent reactions that tell you what is happening chemically. Handling acids, and finding that phosphoric acid needed a glass stopper because it eats into rubber ones. Cutting a pea sized lump of a sodium and watching its shiny metallic face disappear to gray as it oxidised immediately and then dropping it into water to see it fizz and move violently (and explode noisily in larger lumps). Then dipping a finger into the water to taste the salt. How can you understand or learn that without experience? How much stronger it would be and easier to remember for the students if they could?

One of our teachers was demonstrating the effect of the acid and alkali that made up a fire extinguisher’s contents. He opened the swing windows of the science room and from his front desk sprayed over the kids heads and out the window. No parent complained (that I recall) about the marks on their kids clothes or the smudged ink in our books, and we all remembered the power and strength of that chemical reaction. It would never happen in that admittedly cavalier fashion now. I also remember watching wooden tapers glow brightly in a test tube of oxygen, and being treated to the theatre of sparkling magnesium ribbon becoming an incandescent flare when plunged into a beaker of the gas. Lighting up the classroom on a grey winter school day.

I can well understand why both our younger daughters, although interested and inquisitive about electricity, physics and good at maths and science in general, gave up on chemistry as a school subject. I felt the loss more than they did when they dropped it.

My first chemistry set was a large commercial box of small test tubes with cork stoppers, full of chemicals and metals. Later the chemicals and glassware were bought separately at Selbys in Melbourne, a supplier to schools and laboratories. It was also possible to buy basic chemicals at the local country store, sulphur, saltpeter, ammonia, magnesium sulphate where all household items. My Melbourne grandfather would buy items on request and send brown paper parcels of sometimes doubtful safety, by post to us in the country. My favourite book was a blue covered leatherette bound one on Organic Chemistry, and I remember working through the qualities of Sulphur, from rubbery coils that formed when melted and poured into water to the inevitable gunpowder. But I knew that element and could tell you all about its changes of state even before we covered it in school. 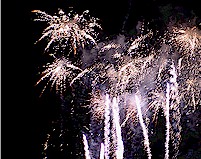 Sacks fascination with the chemical aspects of photography and chemical toners I also shared (helped along by my father) and the photographic interest took over and I eventually had to move my chemistry set from the laundry, out into the yard where there was a big black Dodge car body, propped up on blocks, with the seats removed. My photography interests, enlargers, developing trays etc. had taken over the available bench space. I’m not sure what my mother thought about the constant smell of fixer and acid stop bath as she did the laundry, but she had some relief from the other stains and odours when I moved my ‘lab’ outside.

Those developing smells were on my skin for the next twenty years until I could afford to get someone else to print my pictures (or the shift to colour and Kodachrome movies dictated it). There was some loss in that however, and I’ve returned to my own processing at times. That feeling of powerful chemical magic watching an image come up through the developer, rippled with reflections of the dark room red light, is still lurking and as I imagine it, I can smell it.

Years later I understood how the early alchemists were using their chemistry as an allegory for things of ‘deeper meaning’ (I was reading a lot of the weirder bits of Carl Jung at the time). I was also fascinated about those leading figures of alchemical history, their searches for transmutation and how their understanding fused into modern chemistry. Oliver Sacks’ book brought that sense of the ‘super-natural’ back vividly as well.

Uncle Tungsten is an enthusiasts history of chemistry for a Boy’s Own Annual generation. It’s a shame to think that there will not be another ‘generation’ with those experiences, to follow us.

Images are – the cover of Sacks Uncle Tungsten, the spidery thin filaments in one of our low wattage night lights that get tangled when bumped and then glow extra brightly until they die, and one of Canberra’s many spectacular fire works displays (FM 104’s Skyfire in March 02). Maybe fireworks are all we’ve left as a display those violent chemical reactions.