Where do I look?

I’d been reading two books by Kaja Silverman from the always surprising Monoskop.org  when I assembled the entry on the Lady Herring Centre visit to the Show .

Silverman’s analysis of the photographic gaze resonated. In the book Flesh of my Flesh, she starts with the Orpheus and Eurydice myth. The yearning backward look of Orpheus that throws his lover Eurydice back to Hades is drawn out as a source of inspiration for a cast of writers like Friedrich Nietzsche, Sigmund Freud, Marcel Proust, Lou Andreas-Salome, Romain Rolland and Rainer Maria Rilke. And a whole lot more I’ve never encountered.

In the first part of the other book, The Miracle of Analogy (Stanford University Press in March, 2015) which is succinctly described better than I could, on her website as

‘the first installment in a three-volume reconceptualization of photography. Since this book is primarily concerned with photography as the agency through which the world reveals itself to us, it focuses on images in whose formation the photographer played only a nominal role: on the pre-optical camera obscura’s image-stream, and photographs made during the first three decades of chemical photography.  And although Silverman discusses works by a number of contemporary photographers, they are all close in spirit to the photographs of the nineteenth century photographers who figure most prominently in Miracle: William Henry Fox Talbot, Anna Atkins, and Julia Margaret Cameron.’

It has been my dipping into, for this archive, of the the chemical photography of my childhood and those images I made up until the first digital cameras I owned, that has been disturbing and rewarding. What did I see? What did I look like as they ‘see’ me?

Those first films I developed by dipping the roll into the chemicals, see-sawing the loop between left and right hand in a dull glowing red light, keeping them from twisting and under the few inches of developer in a kitchen bowl. I was guided by my father at first, but was soon allowed to work alone.  It was years later that I first used a developing tank, winding the film onto a reel, and closing the lid for a process that seemed to take hours. Those first images must have been slow emulsions with limited colour sensitivity. Dad used to buy Army surplus filmstock in bulk and we’d load our own 35mm cassettes. Those pictures now are contrasty but not fogged. We then printed them on an enlarger my father made, onto sheets of printing paper rarely larger then 3 x 2 inches. We clearly didn’t have a lot of money to spare in the pursuit of memory, but somehow the love of that al-chemical process was instilled in me in that blacked out laundry, and dictated what I did with my life.

Scanning images from film to digital that you barely remember taking, gives you a distance to observe things that were not always obvious or even noticed at the time. Like this. Although I do remember trying to capture the reflections. 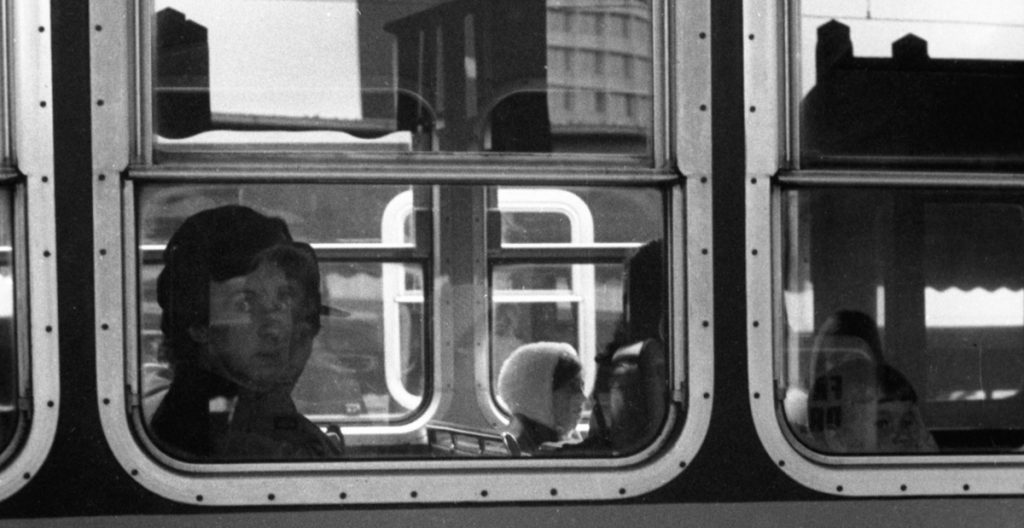 And to analyse this

Was that a look of jealousy I missed in then friend Rikki’s face in the back because I was being attentive to her workmate in the foreground? (I remember that was probably a less than subtle obsession I had at the time.)

And that look of eyes shut screaming delight on the child on the right.

But it was this poor disturbed woman I’d now like to reassure. These kids loved outings like this, don’t feel sad. 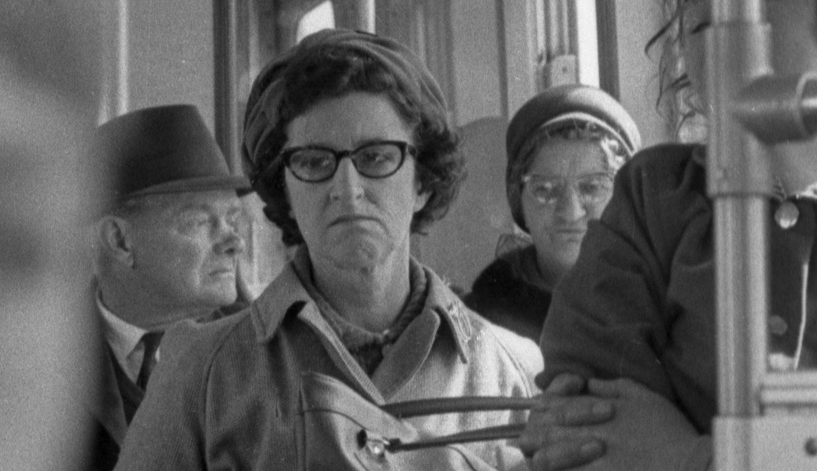