These blurry/(atmospheric?) frames are copied from Super 8 mm Ektachrome. 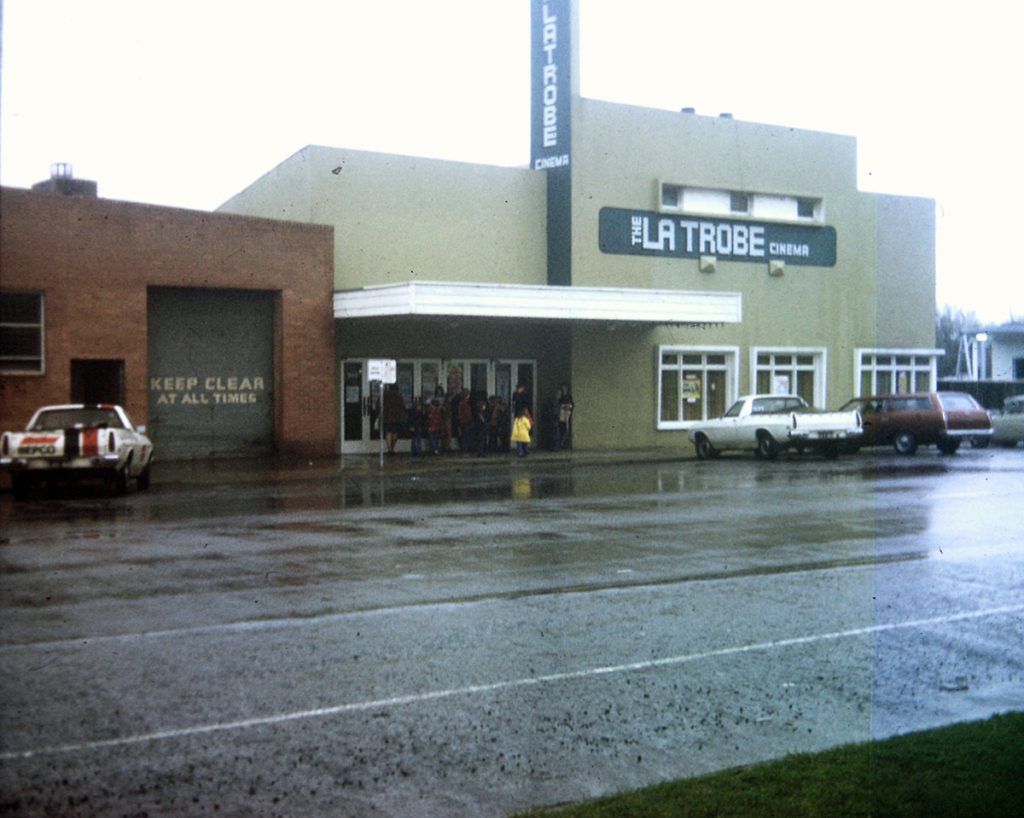 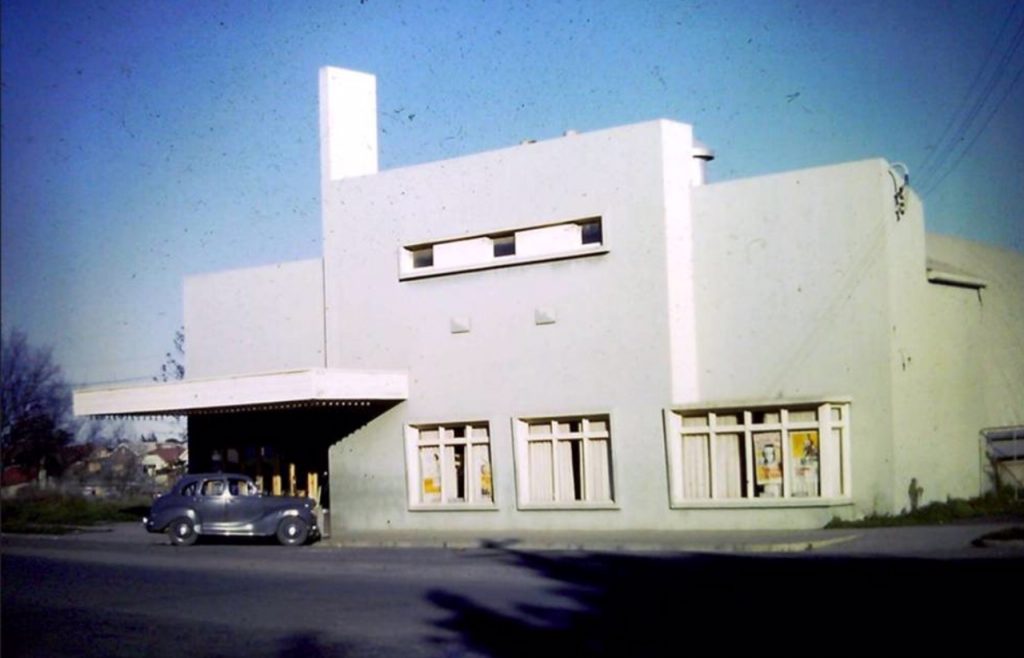 The original facade had no signage. Photo by Steve Bibby  who said  “In 1974 during the Sept school holidays, Lloyd and I spent a week in Traralgon with your folks. Did some bike riding one day to Morwell and generally helped out and saw heaps of movies at the cinema. ”
While I was at Clemengers with access to the Letraset library,  I ‘designed’ the logo and facade lettering, and created bromides (yes that was how it was done then) for the local newspaper advertising.  I also ordered some business cards. My mother was proud of me. 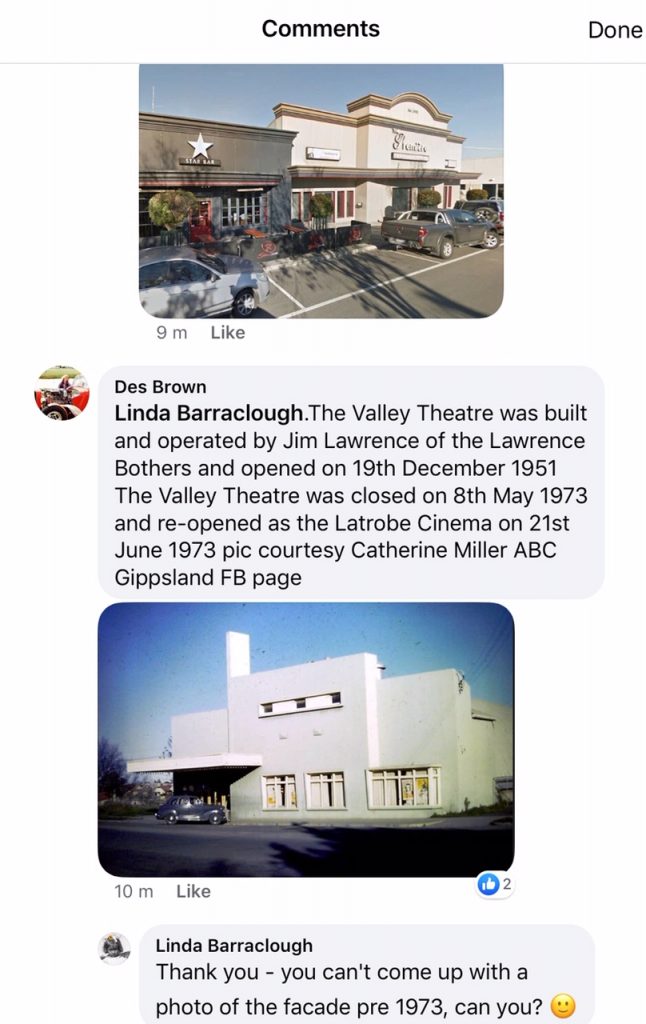