Ripping off The Beatles
A teenage fan-boy story

What’s on your mind? Facebook asked. The Beatles I replied. 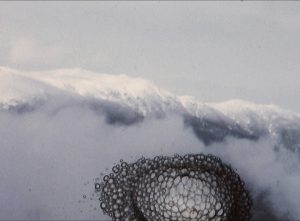 I’m editing/syncing the sound to a Super 8 movie, about one of the ski trips to the snow with friends. For a few years, after our family moved to Melbourne from Corryong, the snow drew me back every year. As soon as I had my own car, I’d head back at least once during the snow season.

The Fiat 1100 must have groaned under the load, ski’s attached to the flimsy pack-rack, tents, food, sleeping bags. This trip was years later and I borrowed the family Holden station wagon. Much more comfortable and safer. 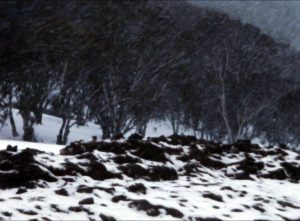 My dilemma is that I used the music we were listening to at the time, the sound track of our lives. Pink Floyd – (Grantchester Meadows? – Ummagumma), Chicago (25 or 6 to 4) and The Beatles (Long and Winding Road, Two of us – Let it Be album). Copyright all, ok?
I can’t find anything that matches those in feel so I’ve given up and re-edited it to a licensed track.

But what distressed me most was the Beatles section in my film, pictures of the band from the LP cover, pure fan-boy adulation. Reminding me of those YouTube videos of full album ripoffs with dissolving stills of the band from LP covers. 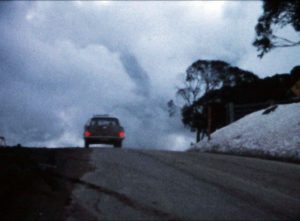 I can understand the Long and Winding road choice, there’s lots of driving down long and winding roads, and certain sadness about coming home. But now? It’s all so nice. Soundtrack music for a 70’s home movie.

I was a Beatles fan much like everyone my age at Corryong High School, I wanted to let my hair grow, and I wanted to see ‘Hard Days Night’ of course, but I had access to the projection box at the Corryong Town Hall that was one of the two picture theatres in that small town. It was where my father was projectionist and I was a sometime assistant, rewinding reels after school ready for the next screening. They screened Wednesday night, Saturday afternoon matinee and Saturday night. For the Beatles, the place was packed and it was schoolyard conversation. I had to plead with my mum that I’d do my homework on Sunday if I could go to the Wednesday screening. Not to work with my father, but to sit with my friends and watch it. She didn’t understand the obsession.

I don’t think I asked, which made it clandestine, but alone in the bio-box one afternoon after school (I had a key), I took out some black and white reversal film, a 50′ roll in a can, that we used to make slides from negatives. Slow, low ASA, safe to handle in red light, contrasty in the wrong developer, but good for contact printing. You could use an enlarger light to expose it or, in this case from the back lit glass in the rewind bench. First you’d find the sequence you wanted to copy, let it lay flat between the reels. Place a piece of glass over it to sandwich the copy film and original together, flash on the bench light. Guessed exposures. Return to the film tin.

I also had access to the High School Camera Club darkroom that I’d set up under the front steps of the new school admin building. A bit of trial and error in development led to a couple of strips that worked. When I contact printed them, they had a funky handmade quality but hey, look, THE BEATLES! I think I sold some prints for 20c around the school ground.
I don’t think I told my father at the time but I remember I really wanted his approval for what he had taught me, things that all came together at that moment.

Yeah, I was a Beatles teenage fan-boy-entrepreneur.