Howard Lindley was a music writer for POL magazine and a regular reviewer for Melbourne’s GoSet music paper. I met him first when he came along to some screenings at the Melb. Film Co-op in the late 60’s. He was also editing the experimental film section of Lumiere magazine and asked me to write a few pieces. I don’t remember what led me to helping him submit an application for a short film grant from the AFI but once that was done, and the grant (of $5,000) came through I found myself working as Producer and Director of Photography to Howard’s Director and Writer on a movie that I don’t think ever had a title. Easy to Lie is written on more than one film can (and that was a Doug Ford and Jim Keays, Apprentices track), I like it and I’m sure Howard would have too.

Like everyone given enough money to shoot a 30 min short at the time, we immediately set out to shoot a 16mm feature.

The inspiration was Godard’s One plus One (1968), at the time a radical mix of the Rolling Stones in the studio recording Sympathy for the Devil, and intercut political diatribes (or the other way around). Howard had written a piece for POL magazine that the band liked and suggested a similar idea with a fictional intercut. We ended up with an advance pressing of the 1971 Masters Apprentices Choice Cuts album (the album cover was by Hipgnosis and you had to be there in the seventies to know that was cool). It was transferred to 1/4in tape, (by John Simmonds?) and I hired his Nagra and a noisy unblimped Bolex with a sync motor. 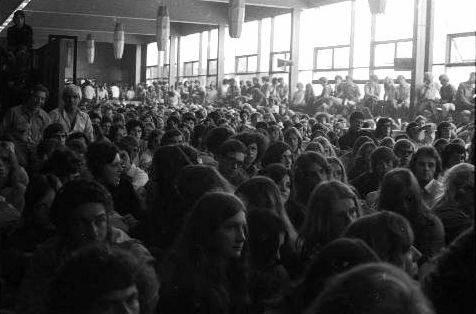 The rest was shot with Clemenger’s (the advertising agency I worked at) 16mm Beaulieu. We followed the group around on a couple of weekends, and with Jim Keays one early weekday morning in a South Yarra Gallery.
We also shot mute footage of them performing at a concert in the student union at Monash Uni. 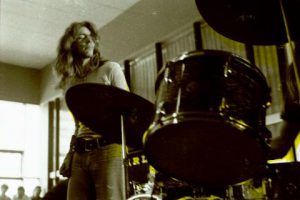 I know we did at least two sync to playback scenes. One (‘Michael’) when they were taping a Countdown (TDK?) show at ABC Ripponlea studio. We’d walked in backstage, past the deserted set department and I saw a suburban street backdrop. I pointed it out to Howard and I don’t think we even asked. After their appearance,  there was no-one around so we cleared the stuff in front and shot a wide and closeup take, to an un-amplified playback off the Nagra. Daylight was fading from the warehouse skylights. Then we left. 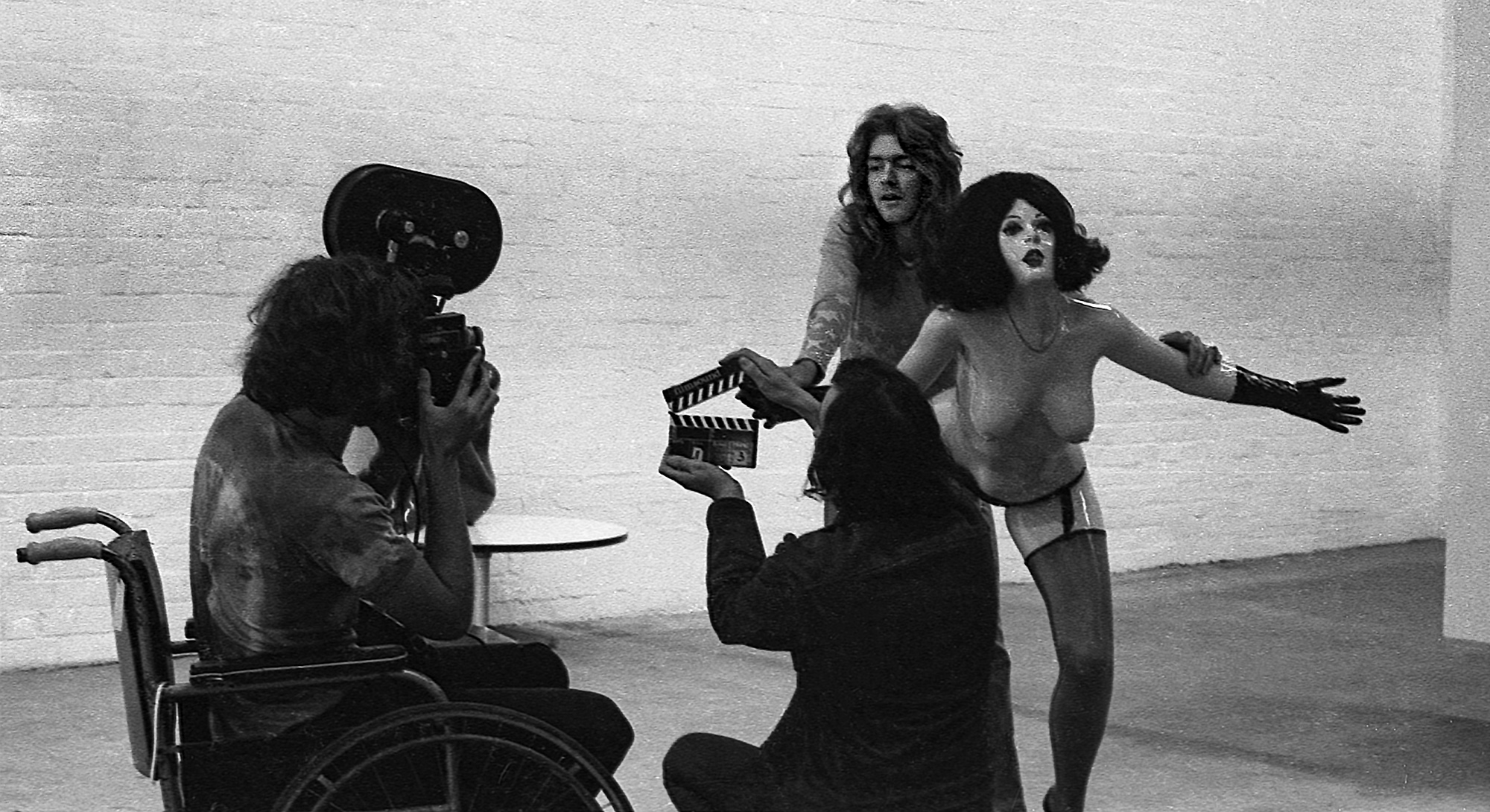 Howard picked the location and organised for us to shoot Jim Keays and the track  ‘I’m your Satisfier’. It was at a Toorak Road gallery showing artist Allen Jones very pop (and risque at the time) sculptures. We came prepared for a tracking shot for this on the smooth gallery floor, Howard pulled the wheelchair backwards as Jim fondled the statues and sang to playback and the camera. We had transferred more album tracks but I can’t remember shooting any others. Clips from those two were in the third episode of the ABC documentary. ‘Long way to the top – A History of Australian Rock and Roll’.

What happened to the movie? I worked on footage for it on and off for another year (by then it was starring another of Howard’s boyfriends and was a ‘boy loses boy’ story) but we never finished it and Howard died in 1973.

At times I’ve wondered about why I didn’t encourage Howard more to complete the film but I’d stopped in frustration. I found it too hard to hold him together and work with him. I never said ‘no’ other than to the offer to share his bed, and when he said something like ‘Can we shoot it in anamorphic?’ would borrow lenses and shoot a test while debating about what we’d do with the existing material. 4×3 to 16×9 widescreen we test projected as a crop and agreed that looked better – ‘cinematic’.  Howard was gay, an alcoholic and intelligent, sensitive and always passionate about music. That whole mix eventually lead to him one day in getting off a tram, drinking a bottle of Scotch, going to the top of the Housing Commission flats in Fitzroy and jumping to his death.

We had shot some wide angle, slow pans across those flats in evening light. We were driving past late afternoon when he said ‘stop, can we shoot this?’ ‘Of course’ I said, he was planning to use the Masters song Your Capitivating Voice as the soundtrack. Maybe I could finish just that bit as tribute?

Every day’s shoot was difficult. I was the only one with a ‘real’ job, money and a car so I’d organise booze, lights and equipment and make sure the talent where going to be there. Then I’d have to get Howard out of bed or the pub, feed him a few beers and get him to the location (he was famous in the University Hotel for switching to cider in summer. The hushed ripple around the bar was ‘Howard’s ordered cider, it must be summer! ).  If it was a night shoot we had to do a run to a back-lane sly grog place, he’d slip inside the corrugated iron door,  come out with a few brown paper bags under each arm.  By the time we were shooting, he was steady, clear and competent. The story line was never written down, and I didn’t ask. It kept changing (boy meets girl, boy loses girl, boy finds boy became …boy meets boy etc.) and whole rolls of stuff were considered as irrelevant. 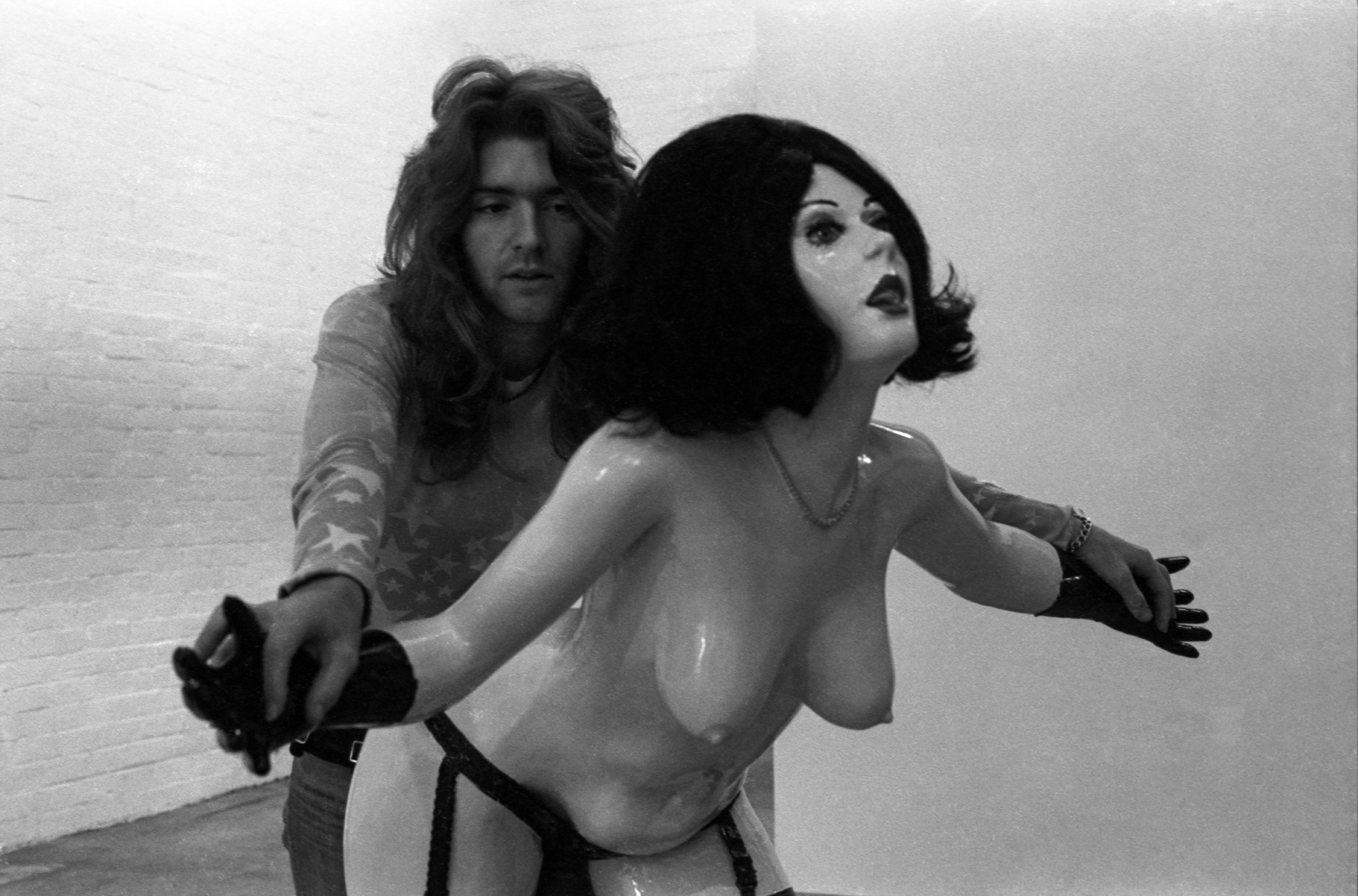 I’m surprised that he’s gone to that internet place of decaying links, a Wikipedia ‘stub’,  and dropping out of the radar of pop history (there is a nice mention here on the Milesago site). A friend of his ( Mick Counihan?) sent me a letter with details about Howard’s painting. He never mentioned it to me that he had been to Art School but there was a lot I didn’t know about him, (how old was he?). There were others who knew him and cared for him a lot better.

This is my attempt to assuage some of the lingering guilt that surrounds all those whose friends choose suicide. It was sad to see there was no credit for his Masters footage on the ABC history doco. As much as it matters, it would give him some place in our records of that time.

Howard is credited as writing the liner notes for the Masters Now that it’s over compilation ( released in 1974).  Jim Keays contacted me (in 2009?)  and asked ‘Did I know where the film was?’ I found the 16mm Ektachrome original stored at the Mastercolor lab, and gave it to him with the 1/4 inch tapes, only asking for a credit for us both (and a synced up video cassette when the film was transferred to tape).

Maybe he never did sync it all, Jim died of kidney cancer in 2014 so I won’t be waiting for the ABC to deliver, but it was nice to see those clips in the Long Way doco.

The top picture is of Howard at a band practice session that he asked me to photograph for a profile he was writing about Ross Hannaford (was he also a friend?). Hannaford, Ross Wilson and friends were forming a ‘new’ group , called Daddy Cool.