Updated from Another Country Diary.

Again you can just hit play on the slideshow below (with over the top music), or read the story first (and then you’ll know what that strange fruit is at the start and the trees at the end). The thumbnail image is Peter at Bungendore railway station.

I’ve been doing some more photography for the Nats website. This time it was organised by the Queanbeyan office and they couldn’t get the people we’d talked about together so, we ended up doing what were mostly promotional images for the local Member for Monaro, Peter Webb. While we won’t be able to use them on their National website, I managed to get a few more ‘generic’ ones for me, and I did accept an invitation to see Peter’s family property, Fairlight. 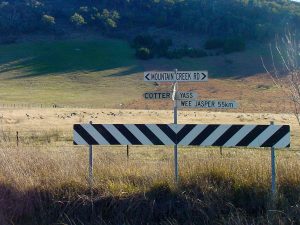 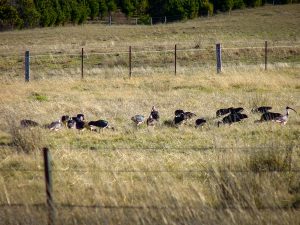 It was beautiful sunny day, spring felt imminent and I didn’t mind being out in it at all. I also really warmed to Peter and had a great time travelling with him in his car, and hearing his local stories and knowledge of the area. The Webb family property in Uriarra, is huge, fronting on the Murrumbidgee River on the back road to Yass and Wee Jasper, just along from the Cotter Dam turnoff.

As we approached the T intersection just near the property we noticed the flock of ibis in the paddock. “That’s a sure sign we’ll get a storm, probably hail” said Peter, “we think they’re the ones that hang around the Bungendore area and they flock here when the weather is going to be bad”. (Sure enough, two days later we had some big storms with rain and hail in Bungendore).

As we came through the Fairlight gates the first thing I noticed were the Osage oranges on the ground. Peter complemented me on my identification (not knowing the recent extensive Osage events) and said that not many people knew about them. The tree had been there long before his time, and that they’d planted a few in some of the windbreak rows around the property.

Peter introduced me to his mother and his brother Tim. We talked about how, as family farms change hands because the children don’t want to continue on the properties, the local knowledge is the biggest loss. Weather patterns, growing conditions, soil types are never passed on with a bill of sale. Tim is looking after the property while Peter is absorbed in his National Party role. Tim isn’t married (yet) so they’ve been talking about ‘succession’ and whose sons and daughters might be interested to keep that ‘knowledge’ and property going. Tim was in the middle of shearing, and helped us bring in some sheep for some photographs.

We were travelling with Peter’s PR/Office manager, I didn’t feel that Peter needed to shear a sheep to prove his country authenticity, and that it was heading into cliche but he wanted some photos so I obliged. Peter did a creditable job and at the classing table we talked about micron sizes, springy belly wool and some ‘black patches’ that required the wool being sorted into the different bales. 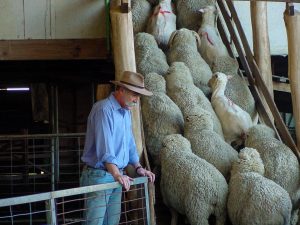 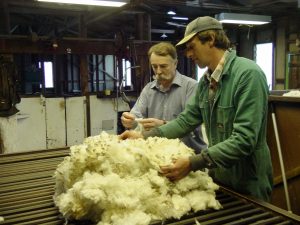 Maybe to prove I was ‘country too’, I told them of my first ‘wool cheque’ when I was a kid, about ten years old. My parents had a single friend whose farm we visited and he allowed us to pick up all the scrap wool, the bits caught in barbed fences, the daggy bits on the woolshed floor and we eventually had enough to press a full bale full. It went of to auction and I remember getting a cheque, in an long manilla envelope with the address written in an almost copperplate script, to Masters Fred & Phillip Harden from Goldsborough Mort & Co some months later. It was a big buzz even if it was a small amount. 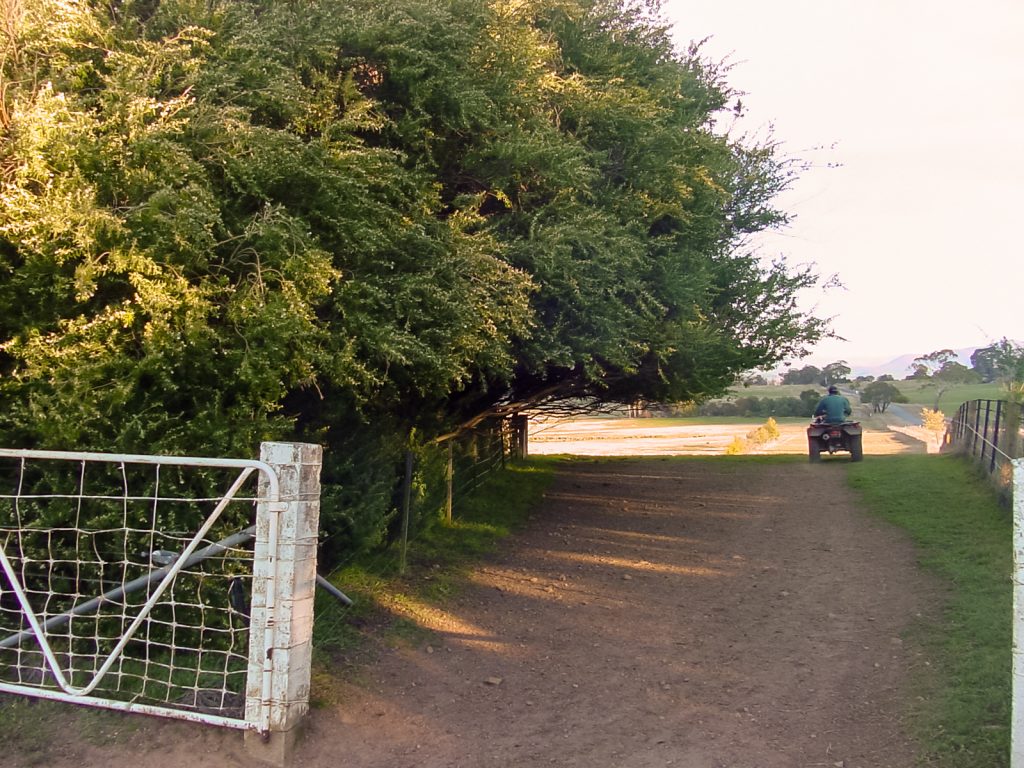 It was dark by the time I returned home, but I like some of the pictures I took. I also had a new tree to investigate on the web. There was a soft white flowered bush by one of the gates, as we had moved from the sheep on into the cattle paddocks. 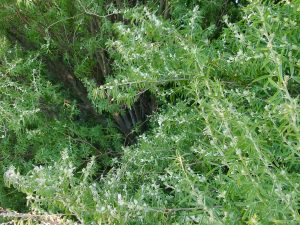 When I asked Peter, he said it was Tree Lucerne and that it was also used as feed in dry areas. Theirs were a lush, relatively low (about 4 metres high) planting, used as a windbreak. Its botanical name is Tagasaste (Cytisus proliferus) a species native to the Canary Islands. Like a lot of introduced plants, it is one of those species that if controlled, is great fodder crop for permaculture but let loose in wetter areas, is invasive of native bushland and roadsides. It blooms at this time of the year, between July and October, and has small white flowers that look like pea flowers. It also develops a seed pod.

Peter’s son Jack Webb is a filmmaker  and used the family property in his first feature film.
I wrote a diary entry when Peter lost to Steve Whan at the next State election.

These images are from my first digital camera, the Sony CD 100 so they look better down small.