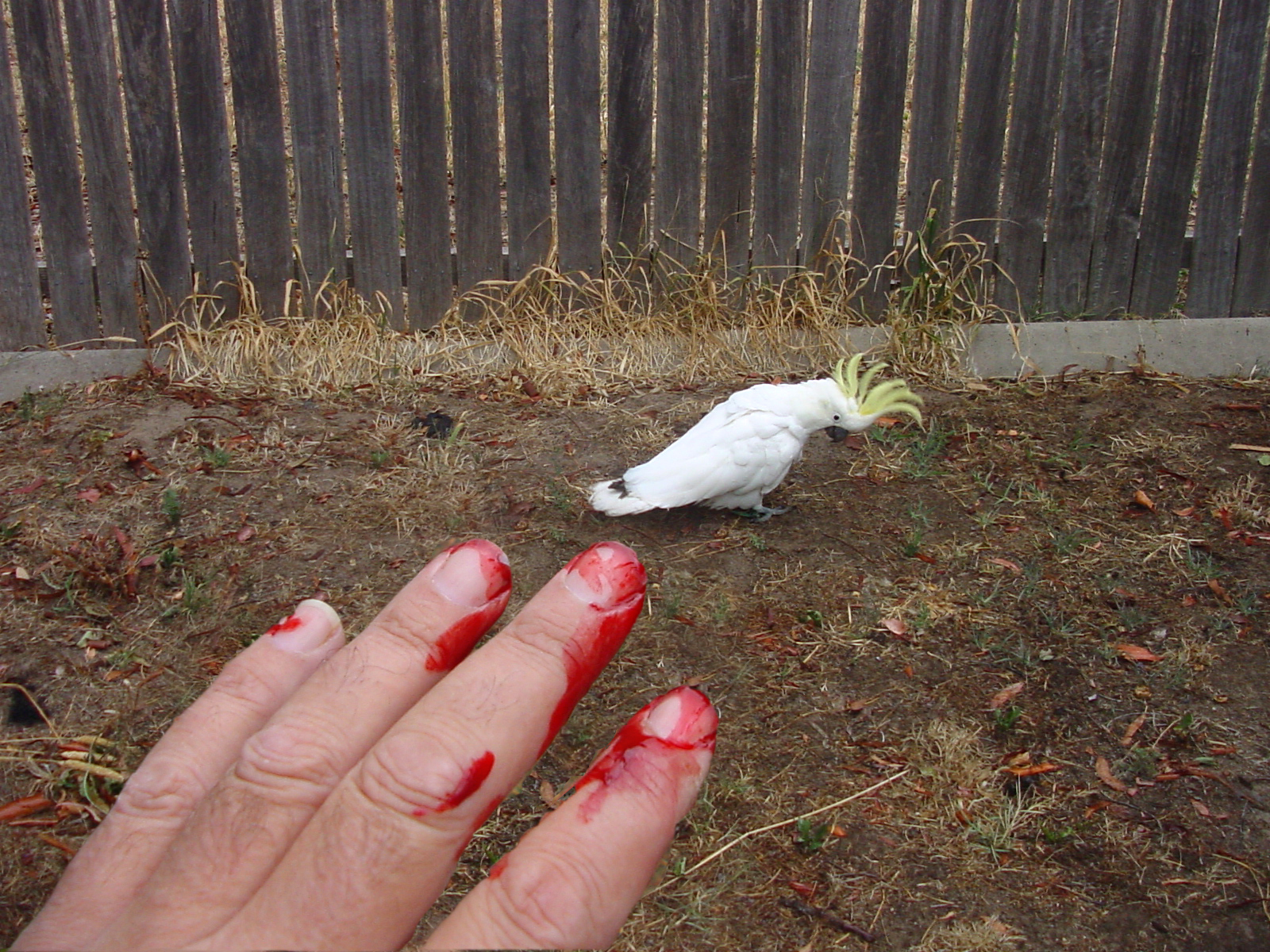 A little blood goes a long way. Just ask that apparently crestfallen cockatoo who bit my finger. I was trying to get it untangled from the bird netting on the walnut tree.

We were trying to preserve the couple of dozens nuts that made it through the spring frosts. I don’t think it was there overnight because I went down to the garden in the dark to turn off the sprinklers. But it was there about 7.00am when I did my early morning check (before we went to the Bush Poets breakfast at Elmslea.)

I walked into the chook yard to scare it off but it was already well scared. When I approached, it fell from its perch with the bird net wrapped around one leg, hanging upside down. I’d broken my resolution of ‘never go down to the garden without a knife and a bag’ for collecting fruit and vegetables, and if I was to get the bird out without too much distress, it needed to be cut free. Or quickly ripped out of the net.

That worked pretty well except for the last bit twisted around a few claws on one leg. I let it grip my shoe and trousers with its beak but when I tried to get it to stop flapping and keep still, I tried to hold the back of its neck. Hah!

The net finally came free, and I left it alone to recover, and went to get a band-aid and the camera. When I came back I took this j’accuse image and then it started hauling itself to the top of the fence just using its beak. Ten minutes later when I brought Jan down to see the broken branches and fallen walnuts, the dogs came too. The bird flapped erratically off to a nearby tree. We picked up the green walnuts and thought of pickling them.

What is Another Country Diary?
From January 2002 until March 2006 I kept an almost weekly diary of my country life in Bungendore NSW. It was started as a way to make me write regularly and always take at least one good photograph a day. I’ve kept it archived here and it’s still accessed thanks to Google and as an aid to asking ‘who was that  masked man etc. I probably refer to it a few times a year. I’ll rebuild it with bigger images someday. This was an entry for Sunday 2 February 2003.