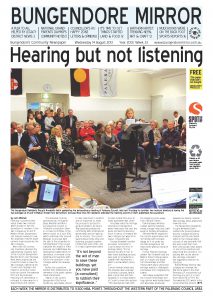 Bungendore NSW 2621 had two local newspapers, the Bulletin, a monthly, and John Mitchell’s weekly Mirror. For a town of around 1500 residents, that said something about the residents and their support and community involvement. The papers were circulated to all the villages and regions around. The editors chased content as widely as well, and persevered with tardy regular contributors to meet a deadline. It drew on the region for advertising support and the loyalties of the business were split according to their allegiance to the editorial stance of the two publications. John Mitchell was a local left champion, a terrier at the heels of slow moving councils, and had a smart interest in local events that he felt were why that country region was special.

Sometime in the dozen or so years that I helped with contributions, he suggested that I might like to edit the Mirror, talking up its viability and potential salary. It was after we’d been through the Regional Food magazine launch and hiatus, and the idea of the work involved (I knew how hard he worked)and not being in control of my creative life (he was going to remain publisher and political commentator) lead me to say ‘Thanks but no thanks’. I like John a lot, he’s retired from the Mirror now, and moved into Canberra (he used to own the Braidwood hotel and lived in Braidwood), now he’s the force behind the Eastlaker newspaper, still feisty. His photo brief for the cover image was “show as many locals in one shot as you can” and somewhat limiting. My solution was some of these grids. This one was for the Camp Oven Cookoff, which given the foodie reputation I had, I was asked to help judge.

This is another of those content dense areas that I’ll have to work out how to pull together. There’s sometimes parallel video. 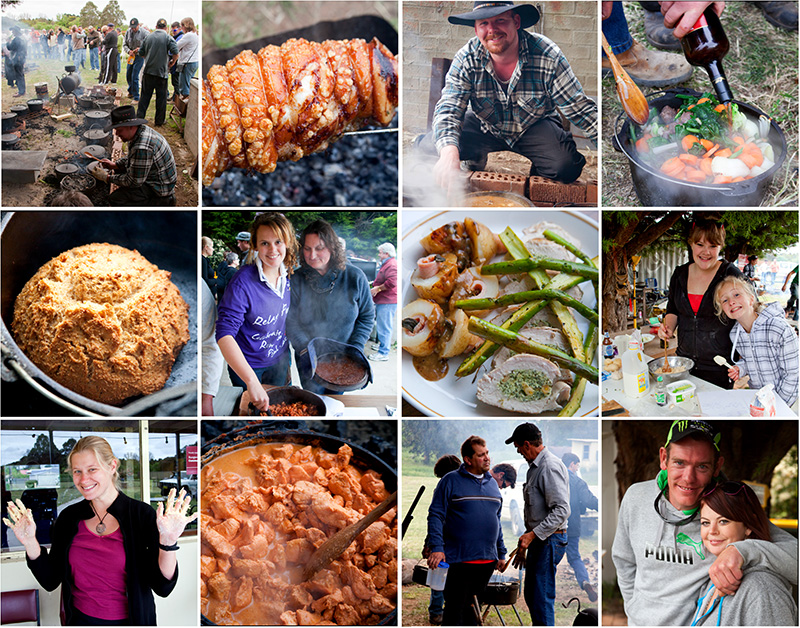