James Baldwin and Richard Avendon
Being Black and Black and White

I was reminded of all this by a Monoskop reference to the book Nothing Personal, an awkward hand photographed PDF copy, and a PDF of Baldwin’s complete text.

There’s a good background to the original glossy version, in a review in the New Yorker.  I remember the paperback copy I had because, well, to be up with pop-culture you had to. I didn’t know the America that they portrayed until later . I remember seeing this DELL $1.90 paperback and thinking how ugly it was. The newsprint and coarse halftone images were anything but fashionably glossy and I still think the layout is sloppy. It has been reprinted by Taschen and others, so it won’t go away.

“Avedon and Baldwin were two of the late twentieth century’s more self-exposed creators. The two met in high school—at DeWitt Clinton, in the Bronx. They worked on The Magpie, the school’s literary magazine, together, but fell out of touch as adults. “Nothing Personal” was Dick’s idea. He’d been assigned to shoot his old friend for a magazine; that’s how they got reacquainted. At the time, Baldwin’s fame was at its apex. His “Down at the Cross” had appeared in The New Yorker, in 1962, as an astonishing “Letter from a Region in My Mind,” in which he criticized the Christian religion as a disfiguring phenomenon among the poor blacks he had grown up with. Baldwin agreed to do a book with Dick immediately, the photographer recalled, and he was in line with Dick’s idea that the book should reflect America now. Baldwin worked on the first bits in Paris and Puerto Rico before finally finishing the twenty-thousand-plus-word essay as the book was about to go to press.”

In the original, the photos are strong. Here, it’s the essay you should read. And this is the opening paragraph…

I USED TO DISTRACT myself, some mornings before I got out of bed, by pressing
the television remote control gadget from one channel to another. This may
be the only way to watch TV: I certainly saw some remarkable sights. Blondes
and brunettes and, possibly, redheads-my screen was colorless-washing
their hair, relentlessly smiling, teeth gleaming like the grillwork of automobiles,
breasts firmly, chillingly encased-packaged, as it were-and brilliantly
uplifted, forever, all sagging corrected, forever, all middle age bulge middle
age bulge/-defeated, eyes as sensuous and mysterious as jelly beans,
lips covered with cellophane, hair sprayed to the consistency of aluminum,
girdles forbidden to slide up, stockings defeated in their subversive tendencies to
slide down, to tum crooked, to snag, to run, to tear, hands prevented from
aging by incredibly soft detergents, fingernails forbidden to break by superbly
smooth enamels, teeth forbidden to decay by mysterious chemical formulas, all
conceivable body odor, under no matter what contingency, prevented for
twenty-four hours of every day, forever and forever and forever, children’s
bones knit strong by the foresight of vast bakeries, tobacco robbed of any
harmful effects by the addition of mint, the removal of nicotine, the presence of
filters and the length of the cigarette, tires which cannot betray you, automobiles
which will make you feel proud, doors which cannot slam on those
precious fingers or fingernails, diagrams illustrating-proving-how swiftly
impertinent pain can be driven away, square-jawed youngsters dancing, other
square-jawed youngsters, armed with guitars, or backed by bands, howling; all
of this-and so much morel-punctuated by the roar of great automobiles,
overtaking gangsters, the spatter of tommy-guns mowing them down, the rise
of the organ as the Heroine braces herself to Tell All, the moving smile of the
housewife who has just won a fortune in metal and crockery; news-news?
from where?-dropping into this sea with the alertness and irrelevancy of
pebbles, sex wearing an aspect so implacably dispiriting that even masturbation
(by no means mutual) seems one ofthe possibilities that vanished in Eden, and
murder one’s last, best hope-sex of an appalling coyness, often in the form of a
prophylactic cigarette being extended by the virile male toward the aluminum
and cellophane girl. They happily blow smoke into each other’s face,jelly beans,
brilliant with desire, grillwork gleaming; perhaps-poor, betrayed exiles-they
are trying to discover if, behind all that grillwork, all those barriers, either of
them has a tongue.
James Baldwin Nothing Personal 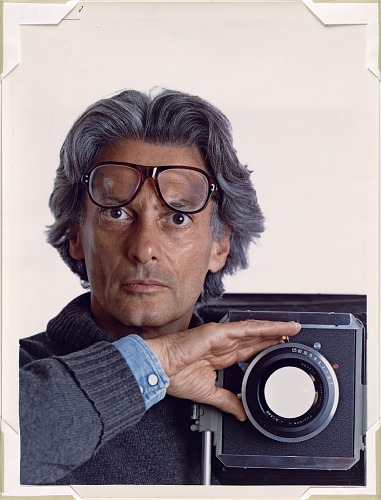 This aggressively wild-eyed ‘Self-Portrait of Richard Avendon’ is from 1978 (Image is from National Portrait Gallery, Smithsonian Institution at the time of his exhibition at MOMA) 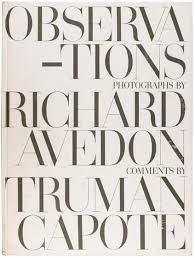 ‘Observations’ is the book of Avendon’s celebrity portraits that someone stole from my library somewhere. It was my favourite Avendon. I can’t remember the Capote text and can’t find it, but he would have been a perfect choice for the showbiz content. It did have one image that always stirred me because for a long time I was secretly in love with Liv Ulmann, (sorry Mr. Bergman).

The naked  ‘Nastassja Kinski and the Serpent’ was also popular.

In Photography School, I knew I was never going to be an Avendon, or a commercial advertising fashion photographer and I never wanted to be. I did work with a few who did. 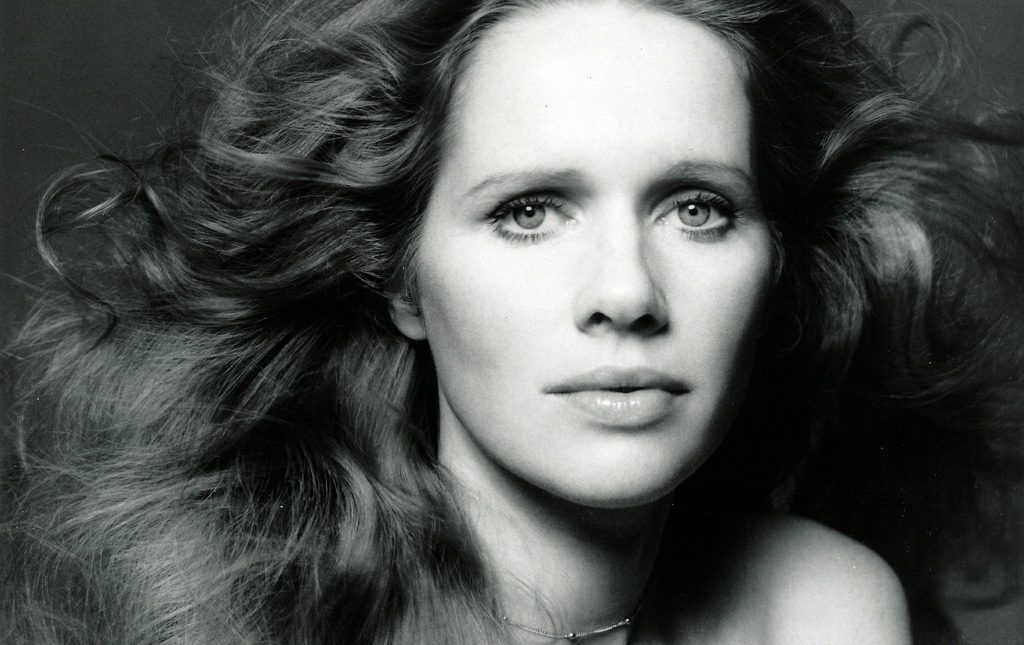