House with a secret
and other school yard stories

Another low-res transfer, black and white, silent. Just a 50′ roll with in camera edits. That was the only way to avoid shuddering splices (mine were).

This was Corryong High School in my Form 5 year, 1963 or 64. I repeated a year . Flunking my Intermediate/Leaving year  at first badly. I was already somewhere else in my mind, certainly not  anywhere academic. I’d made the mistake of being pushed into Maths and Physics instead of the Art stream.  “You want to do art? History? Why?” Perhaps that was where my photography and my movies would have gained me better marks. (For Maths 1  – Algebra my score was three, “I had to give you that because you got your name right on the front of the paper”, the  Maths teacher said. The previous year  (Form 4) I’d topped the class in Maths and Science. But the school office burned down, along with all our Report books, so you’ll have to trust me on that. I was accepted into RMIT photography course in 1965.

This film was made for a competition, I think run by Melbourne’s The Age, or maybe it was just that their esteemed film reviewer Colin Bennett was the judge. It was never finished in time for the competition, it then became a little screened document of a school Open Day. 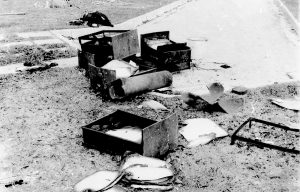 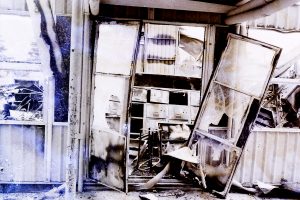 It was probably a schoolboy arsonist, it started in the science room they think. On the Monday I photographed the twisted metal and what was left.

It did mean a rebuild, and in the storage area under the stairs, I made the case for a camera club darkroom. Unfortunately it was also partly under the staff room, and I remember getting into trouble as one of the girls screamed. It was a popular spot in the dark.